The Corridors of Coincidence: Episode 7

He was supposed to fix that damn phone and hand it over to her but his mind had completely been preoccupied with thoughts of Gracie. The last thing he needed was a female distraction just when he was about to round up his studies. He knew he could not allow her take hold of his mind but those eyes…

He had guardedly watched as those two almond pairs followed him to where he sat and proceeded to help Toyin and the other girls with their assignments. He sensed her disapproval and wondered why he actually cared what she thought of him.

Then he saw Emeka make his way to the empty seat beside her.

Every territorial instinct to protect and man “his territory” reared its head inside him and without thinking twice, he quickly dismissed Toyin and her friends and headed straight for Emeka’s jugular.

Despite himself,  Xander began to laugh.

“I imagined how you would look flying out of that – “ Xander pointed at the window  “and I could not help but laugh.”

“And why would I want to fly out of an open window?” Emeka was confused.

“Oh! I forgot to mention I would be the wind in your sails especially since you have decided that my guest for tonight will not concentrate on her studies.” He turned to Gracie, “This is the boy your mother warned you about. Final year demons…you catch my drift?”

“You meant to say both of you are the boys my mother warned me about? I catch your drift.”

Xander stared at her intensely.

“What?” she was getting uncomfortable.

‘Emeka  get up.” Xander  said without taking his gaze off her.

“Why?” Emeka wanted to draw blood.

“Because you are sitting on my book.” Xander said as a matter of fact.

“Oh!” Emeka’s embarrassed gasp escaped from his mouth before he could seal it.

“By the way, I am sorry beautiful for being rude to you and your friend the other time. We should be friends.”

“She knows you are not and no, you shouldn’t be friends.”

Xander moved to stand in between them.

“So said the snake to Eve until she ate the fruit of his harmlessness and realized she was naked.” Xander shot back.

Gracie gasped from behind him.

Serves her right, Xander thought annoyingly, for even smiling at Emeka. Wait! Why was he in a foul mood? He barely even knew this girl.

That had been two years ago and he had quickly moved on from the phone repair guy to her very good friend. How that had happened was a miracle. He also remembered how his chance of asking her out the day he finally decided to was ruined. Xander who had graduated with honours and was awaiting NYSC had come all the way from Abuja to see Gracie who was now a final year student of Chemistry. Emeka unfortunately had an extra year and was still in school.

Xander had arrived the famous long corridor where they had first met drenched to the skin and with stammering lips had asked her out.

“Gracie, I like you…I want to say I love you but I am not sure how you would take that but I just said it anyway so heck! I know I look a mess right now but believe me when I say this guy is crazy about you.

“I’m bad at this…can’t remember the last time I even felt this way but I’d like for us to be together with your consent and of course with the right support from the people who matter and the authorities in your life, I am sure we could build something meaningful.”

She was as cold and unmovable as a marble.

This was the part of her Xander did not like and so he inched closer. “Say something, Gracias.”

Gracias was his nickname for her because she could say “thank you” a thousand times and not be tired. And then it also sounded like the Spanish version of her name.

“It’s ok if you don’t have an answer now, I can wait. I have waited long enough to say this, a little waiting until you are sure wouldn’t hurt. I will be leaving for my youth service in a bit and I just want to be sure that some goon won’t take my place when I’m away.”

“Keeping in touch is not enough Grace, it’s not. I want to constantly communicate with you.”

His phone buzzed. It was  a message from Deola, her very good friend. “Did she say yes?”

Xander had met Deola after he had fixed Gracie’s phone and she had stubbornly sent someone else to retrieve it from him. He had walked away with the phone but not before he asked Deola to tell her friend that he would be waiting at the Engineering Students Garden with it. Deola was livid with anger but seeing that Xander was adamant, she walked away spitting fire and venom.

Xander did not care.

He wanted a chance to see that girl again and if kidnapping her phone was what it took to bring her out of that damn hostel he could not enter, he was ready to do so a thousand times.

Deola never forgave him for his behaviour that day and so he was surprised she was even interested in his love life. He had only told her of his intention to ask her friend out as a measure of courtesy and also because he really did not want to mess his only chance.

“Not yet,” he quickly typed. “I am all nervous and sweating despite being drenched to the skin. Your friend is a tough nut to crack.”

“Just be calm my guy,” Deola replied. “ We like to take our time and Gracie has sense. I am sure she will choose wisely.”

Choose wisely? Before he could ask what Deola meant, Gracie spoke again.

“I have to go now. You apparently have some matters that need attending to. Who comes to ask a girl out and spends the entire time punching away on his phone?”

“Please take me back to the hostel Xander.”

“Would you at least think about it?”

She did not answer and he knew his village people had come for him and so without thinking twice, he dropped on one knee, right in the middle of a murky puddle of water.

“Xander!” she was horrified.

“Not leaving until you say something tangible.”

“Xander please don’t let someone see us like this – “

“I really don’t care.  Nobody knows me, I am done and gone.”

She helped him up and quickly made her way back to her hostel.

That night was the longest night of his life as Deola’s words kept coming back. He tried to sleep but his mind, body and soul was restless. He tossed and turned in his lone hotel room until he finally decided to call her.

It rang a few times and then she picked.

“Hi,” the familiar voice was music to his ears.

“Grace, I have been waiting for your call. Did I say something wrong or rather, is there someone else already? I am sorry I was on the phone – “

“It’s fine, Deola told me it was her back there chatting you up. What were you thinking when you let her in on that?”

“Deola is your closest friend. It’s only right that I at least declare my intentions and my sincere need to be with you to someone who loves you that much. I am sorry if that did not sit well with you. You should know I haven’t been myself.”

“Xander, I don’t think this is the time for me to enter a relationship. I am struggling with school work and graduation is around the corner,” she protested.

He felt like he just got stabbed and silently cursed Chemistry for being a contender in the matter.

“I’ll help you with project work and I will come coach you for your finals. There is always a way around these things dear, don’t hide behind school work. I’ll be leaving for Abuja tomorrow morning nevertheless, and I would like to see you before leaving.”

“Gracias is there something you are not telling me?”  His voice shook a little.

“Xander, Emeka asked me out two days ago. I just didn’t think you had any feelings towards me. You always treated me like a sister.”

Emeka and some other other guys did not graduate with the rest of the class. Apparently, the snake had slithered into his garden while he was away. Jealousy, the ancient book says is the rage of a man…Xander finally understood the revelation behind that scripture but it had come too late.

He disconnected the call and at a.m. in the morning, his bags were packed and ready for the journey back to Abuja but first, he would pay a courtesy visit to Emeka in Kaduna. Apparently, they had some unfinished business.

Episode 8 comes up next week. 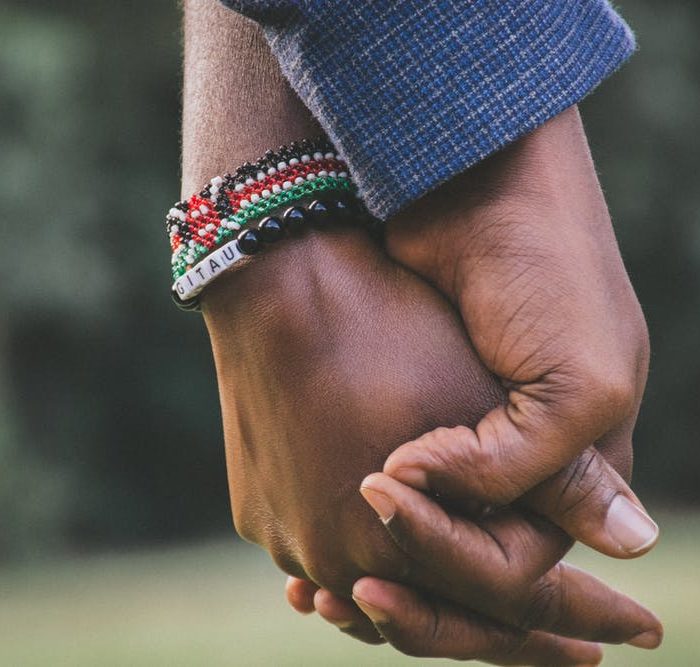 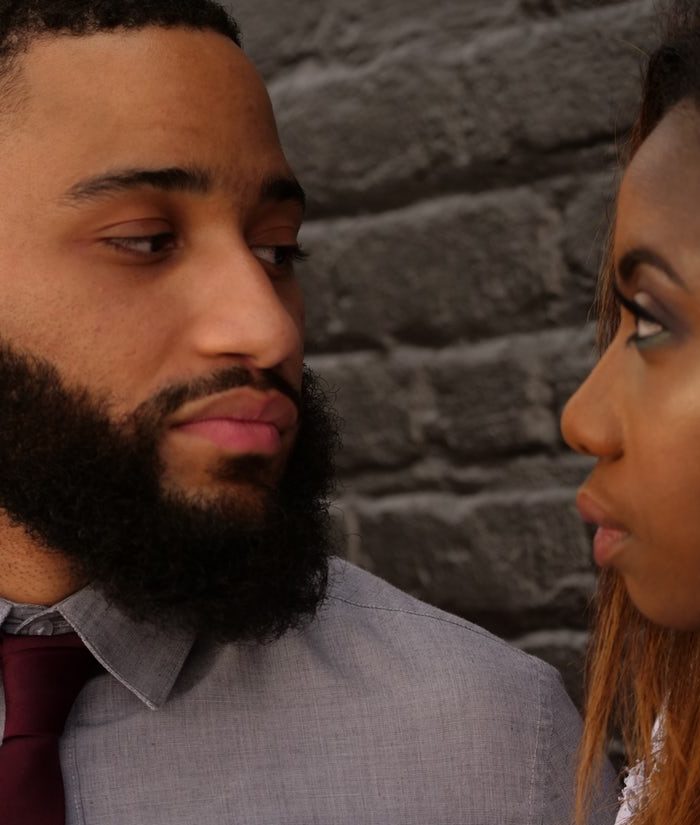 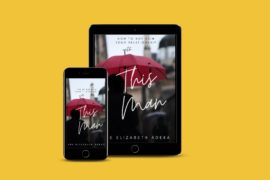 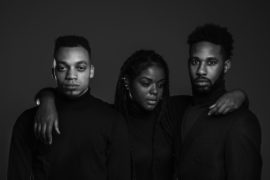 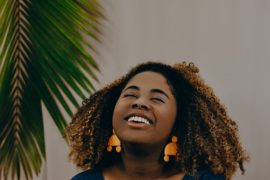 Loved by Love: My Easter Reflections